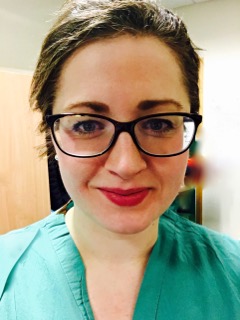 Rachael Forsythe is a vascular surgery trainee in Scotland, UK.  She graduated from the University of Edinburgh Medical School in 2008 and undertook foundation training in Edinburgh, followed by 2 years as a core surgical trainee in Bristol. She then spent 18 months of speciality training in London, where she encountered a vast number of patients with severe diabetic foot disease and started to appreciate the real challenge of achieving good clinical outcomes and wound healing. It was in London that she met Prof Rob Hinchliffe and has worked with him on a number of projects relating to diabetic foot disease and peripheral artery disease.

Having recently completed a PhD investigating the role of molecular and cellular imaging in vascular disease, she is now continuing speciality training in vascular surgery in Edinburgh.