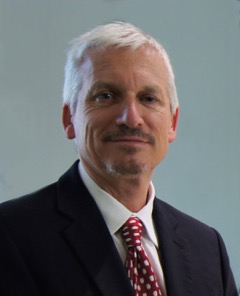 Rob Fitridge is Professor of Vascular Surgery at the University of Adelaide.

He is a Vascular and Endovascular Surgeon at the Royal Adelaide and the Queen Elizabeth Hospitals and at the Lyell McEwin Health Service. Rob was President of the ANZ Society for Vascular Surgery and also has played a key role in developing the curriculum for vascular surgical training in Australia and new Zealand.

He is a member of the IWGDF and is also a member of the steering committee for the Global Vascular Guideline on the management of Chronic Limb-threatening Ischaemia, which will be published in mid-2019. His research interests include outcome modelling of aortic surgery and wound healing in the diabetic foot.

Rob was a section editor of the Oxford Textbook of Vascular Surgery and is currently editing the third edition of “Mechanisms of Vascular Disease: A Textbook for Vascular Specialists”.